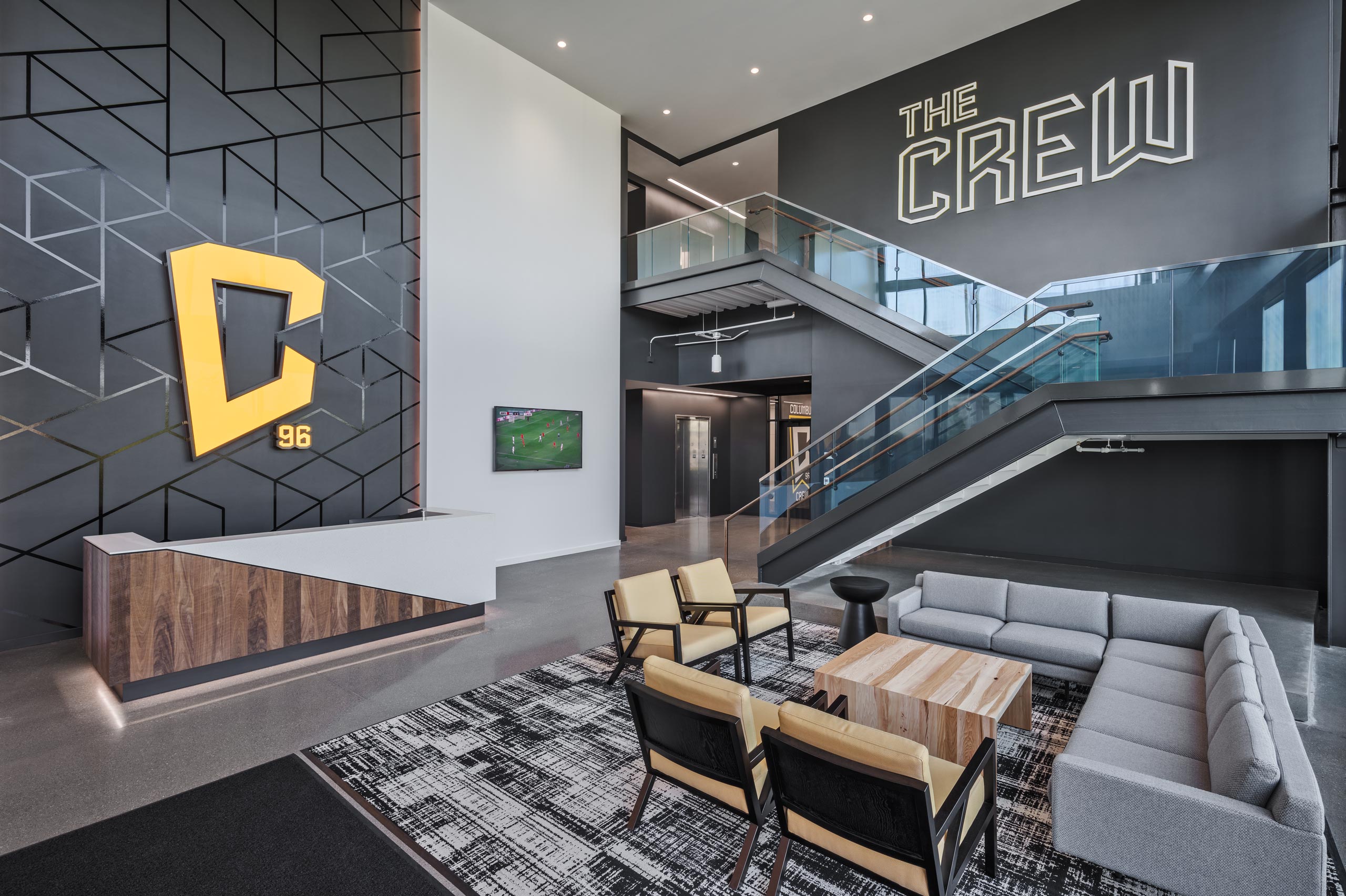 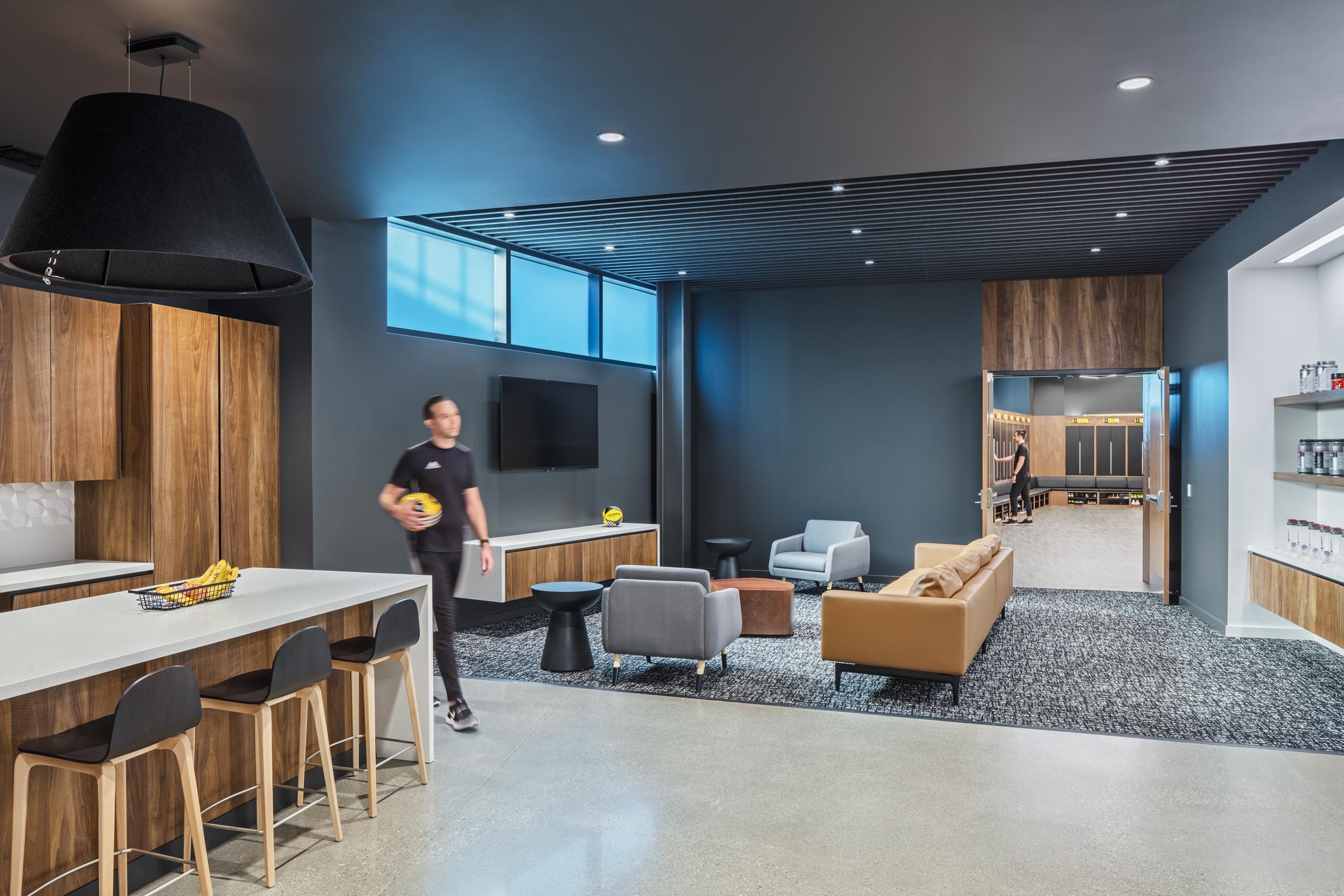 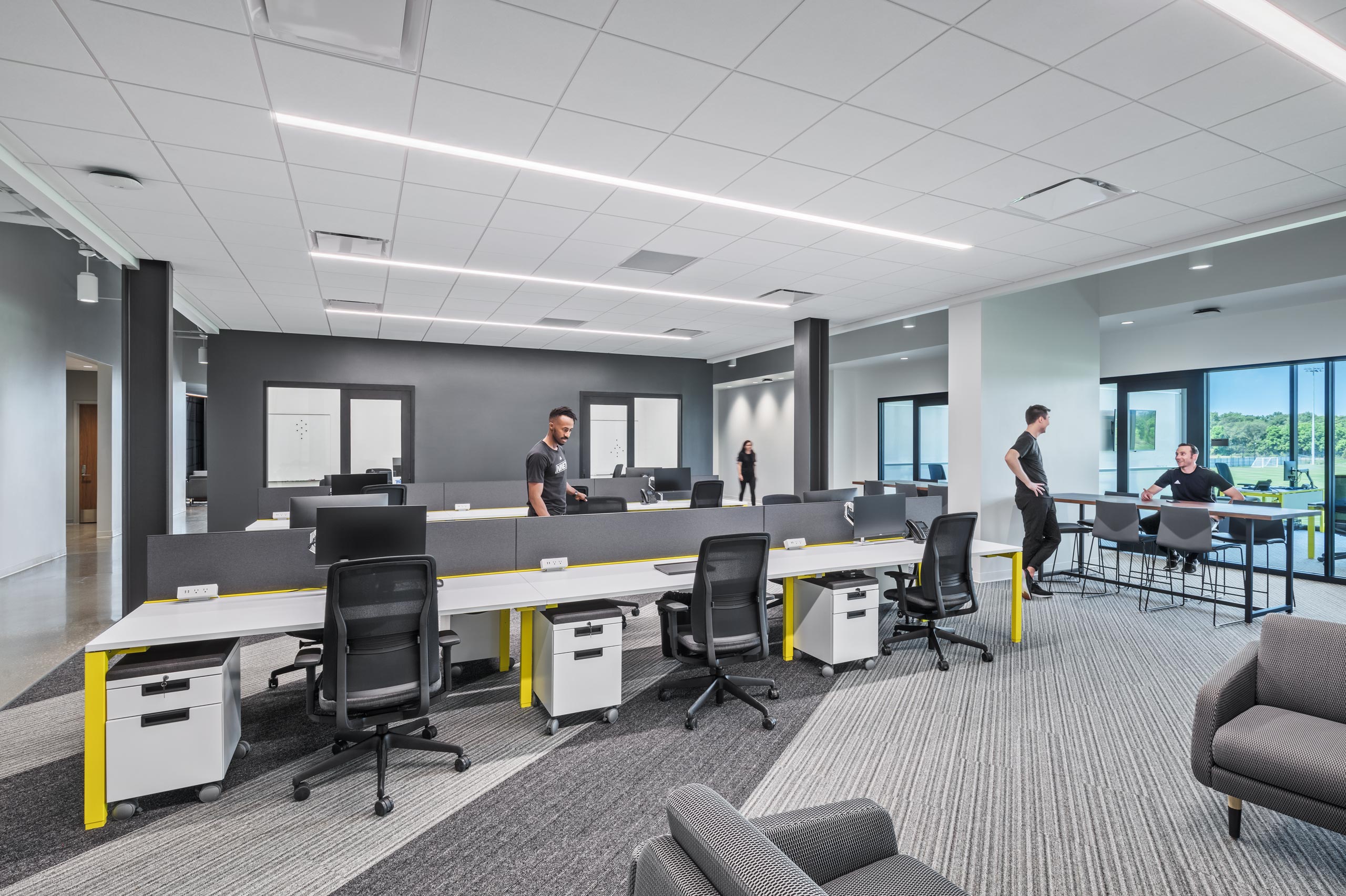 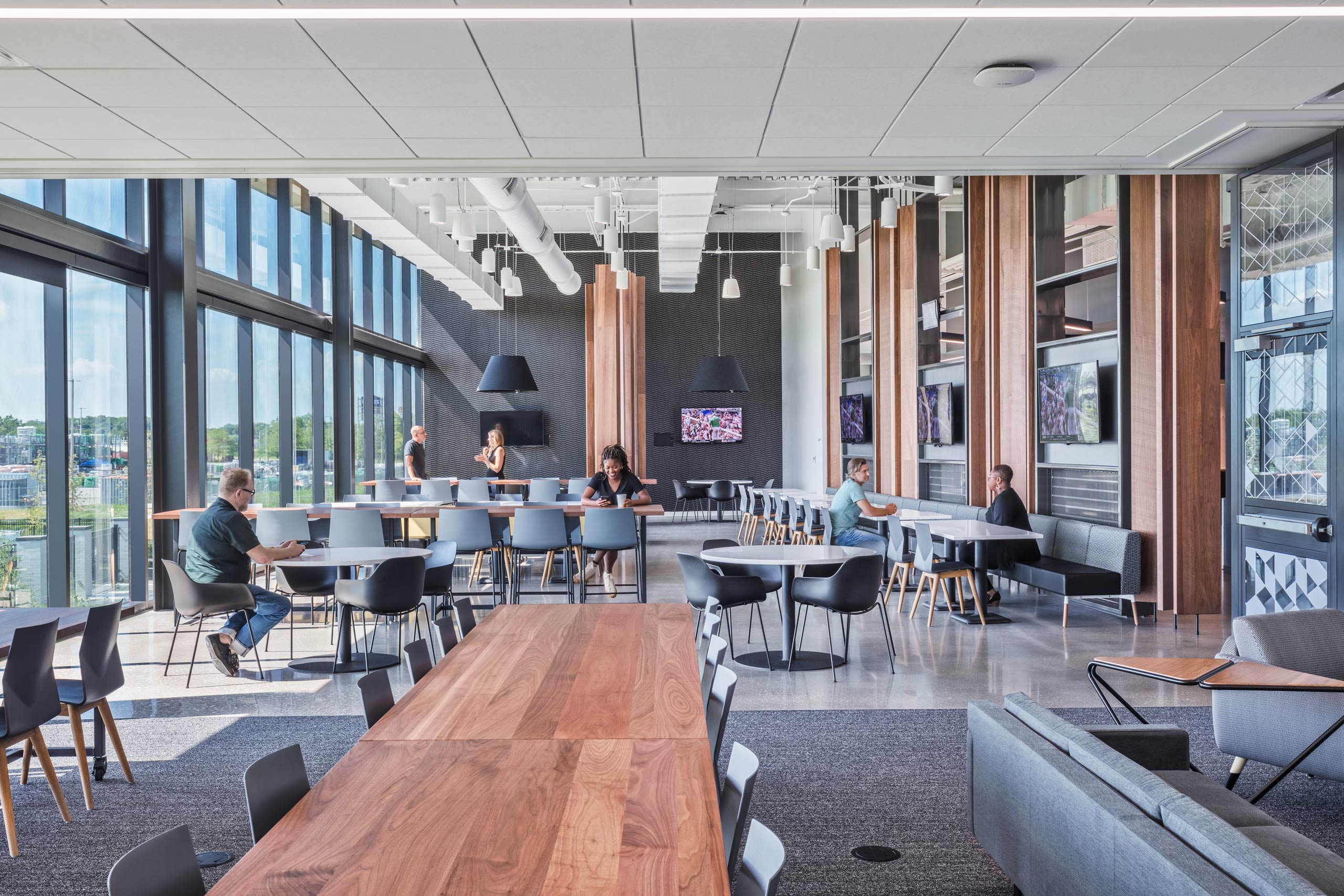 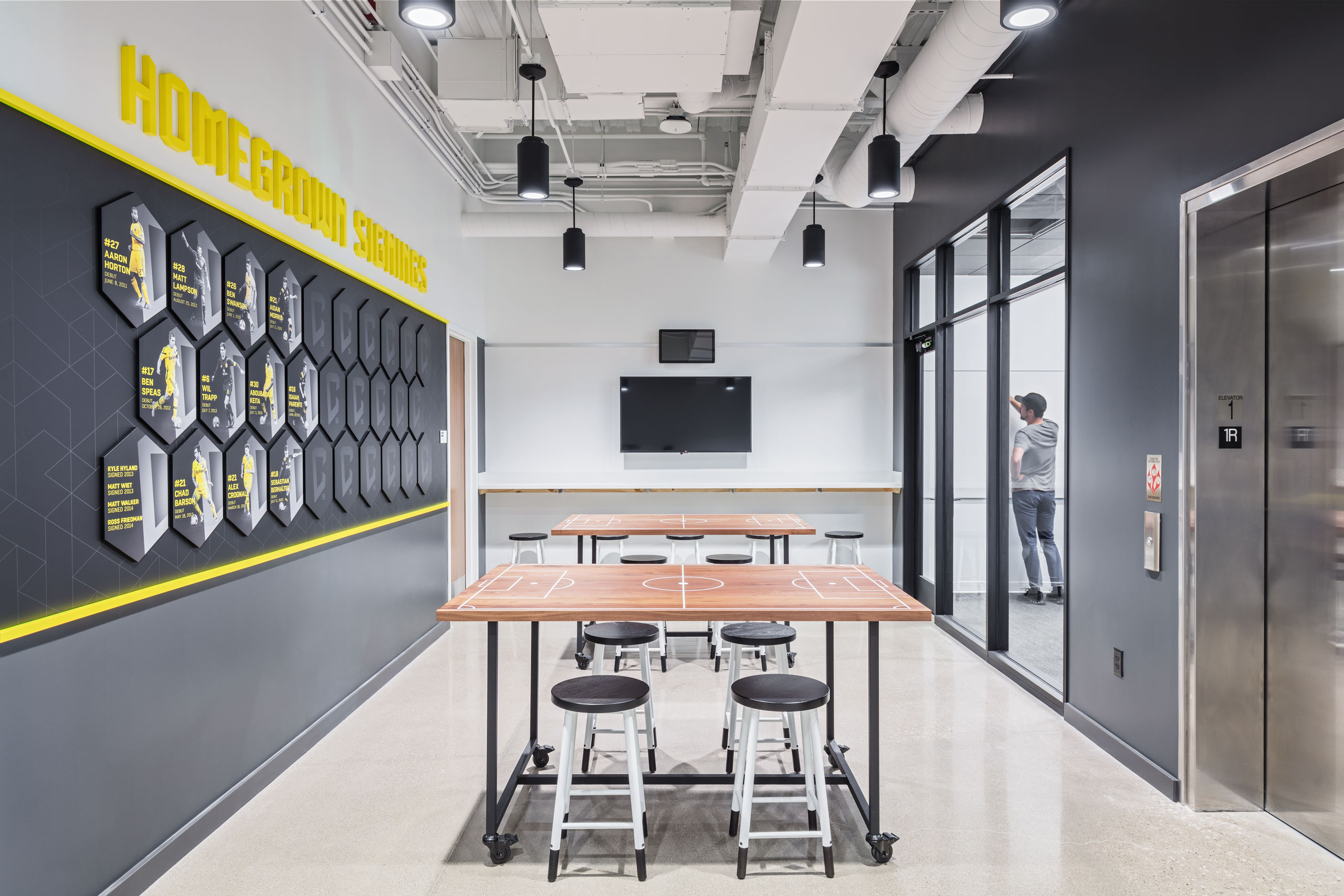 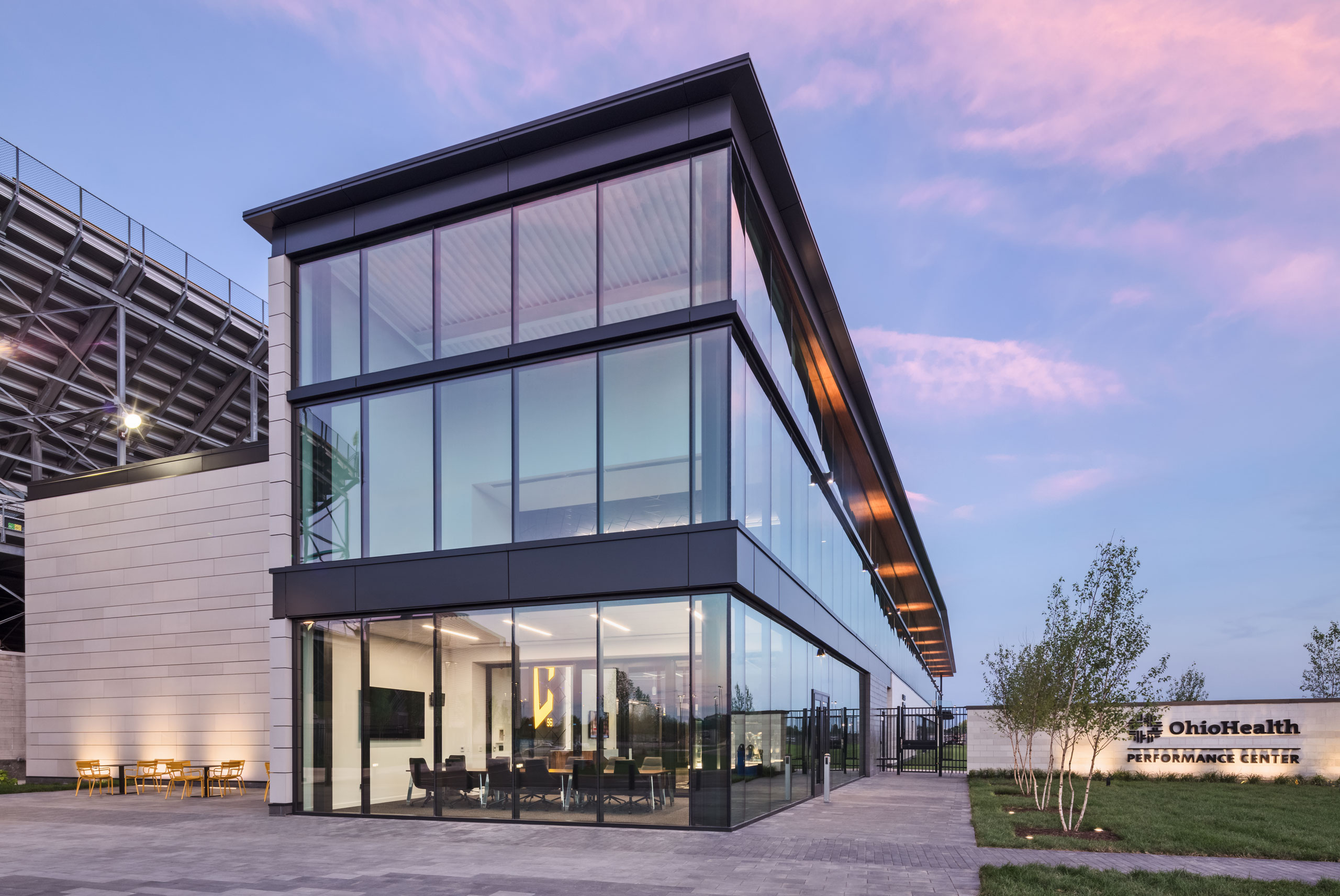 Office Revolution is more than just a vendor – they are a true partner. Their team provided a quality product and the highest level of execution for our new stadium and training facility. We also value their support of our Club as a corporate partner and their philanthropic focus on working together to make a positive impact in the Columbus community. I would highly recommend them to any organization in search of a reliable, trustworthy and invested furniture partner.

Many players, one team… that statement holds true not only for Major League Soccer team Columbus Crew, but also for its new state-of-the-art training and operations facility, OhioHealth Performance Center.

Since 1996, Columbus Crew has been on the forefront of the growing popularity of Major League Soccer. As the Crew’s success and popularity continued to skyrocket, it was clear they needed a facility that would allow them to attract, train and treat their world-class athletes. To do that they pulled together an impressive team of individual players, and Office Revolution is proud to be one of them.

In addition to Office Revolution, the team consisted of an architecture firm, a general contractor, a representative from the investor-operator group, an interior consultant, Columbus Crew and its investor-operator group, Haslam Sports Group. The supplier team included 22 different manufacturing partners. This multitude of players created both challenges and spectacular results.

The OhioHealth Performance Center serves the training, recovery and camaraderie needs of the athletes, as well as the operation needs of the business. By providing a blended solution of 22 different manufacturers, Office Revolution was not only able to deliver the right products for each purpose, but also deliver on a beautiful design complete with custom branded elements, including workstations and private offices with the Columbus Crew’s signature yellow, a custom reception desk and custom field-graphic tables.

Delivering on such an intricate tapestry from an array of vendor partners requires quite a bit of project management—and the bar was raised even higher due to the large team. “Every decision and alteration drew lots of input and faced multiple approval levels. But the Office Revolution team shepherded the complex project flawlessly,” said Matt Wilmers, director of business development, Office Revolution Columbus. “The space is stunning, and the client is thrilled. You can’t ask for anything more.”