Chicago, IL (October 13, 2020) – Office Revolution, a leading contract furniture provider for commercial environments, today announced the opening of a new office in Raleigh, North Carolina as a result of a merger with local commercial interior provider Edge Office. The move to expand in Raleigh will accelerate the company’s growth strategy as it leverages the area’s strong population and job growth. Raleigh is one of the ten fastest growing large cities in the U.S. with several top-tier universities and a premier tech hub. 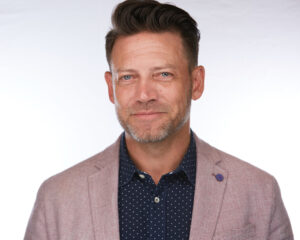 Dale Lambe, who has served the Raleigh-Durham commercial flooring market for more than 20 years, will lead new business development as principal of the new Office Revolution location. “Dale joins us with business start-up and merger integration success as well as local market knowledge, a skill set that will help us grow our brand throughout the Southeast,” said Donaldson. Michael Kerr, founder of Edge Office will stay on in a sales leadership role.

The Raleigh location is the first outside the Midwest market for Office Revolution which is headquartered in Chicago and has locations in suburban Chicago and Columbus, Ohio. Office Revolution is one of the largest Teknion dealers in the country and has been recognized with Teknion’s Orion Award for excellence in sales, service, community involvement and customer satisfaction. The Company augments its marquis brand with a collection of premier and value brands including Humanscale, Allemuir, SitOnIt, OFS and Studio TK.